The San Antonio Abad Museum is located in an 18th century Las Palmas Church. Christopher Columbus attended mass at this same location prior to his historic voyage of discovery to America.

The church belongs to the Centro Atlantico de Arte Monderno complex.  There is a plaque all the church wall that commemorates Columbus's voyage. 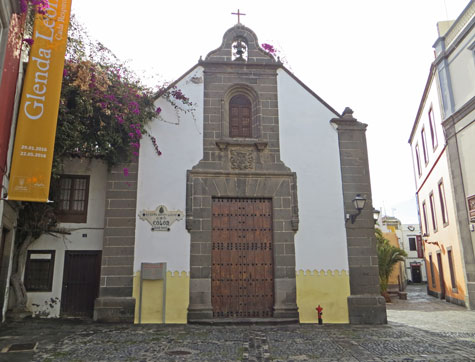 The San Antonio Abad Museum can be found in the historic Vegueta District of Las Palmas de Gran Canaria.