The Gabinete Literario is an elegant building located on Plaza de Cairasco in Las Palmas.  It is one of the city's most identifiable landmarks.

The building is home to a cultural organizations called the Literary Cabinet which focuses on the literary, cultural and scientific development of Las Palmas and the Canary Islands. 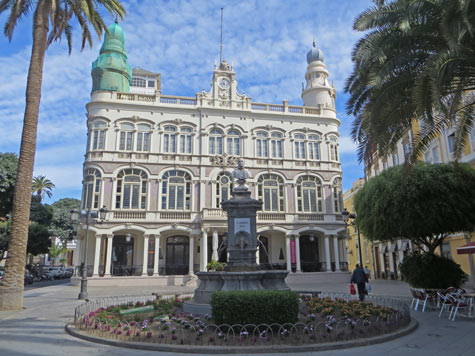 The Gabinete Literario can be found in the Vegueta District of Las Palmas with many other famous city landmarks.