Casa de Colon is a 15th century mansion located in Las Palmas de Gran Canaria. The palace was originally used as the residence of the island's Governor General.

It is believed that Christopher Columbus stayed in this historic building in 1492 on route to North America. Columbus anchored his ship in the nearby Port of Las Palmas.

The name "Casa de Colon" translates to "House of Columbus". 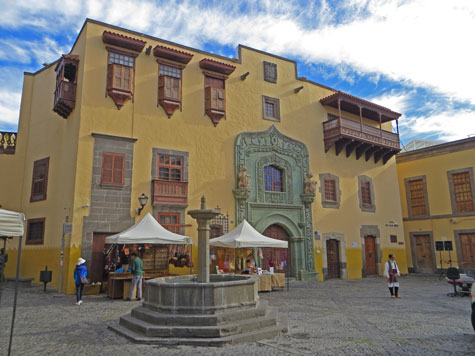 The Casa de Colon has been transformed into a museum that features maritime related artifacts such as sea charts.

This historic building can be found in the Vegueta Quarter of Las Palmas de Gran Canaria.