The official name for the Port of Las Palmas is Puerto de la Luz.  It is a massive maritime port with a long and rich history.

For centuries, merchant vessels have docked at Puerto de la Luz on voyages around the globe. 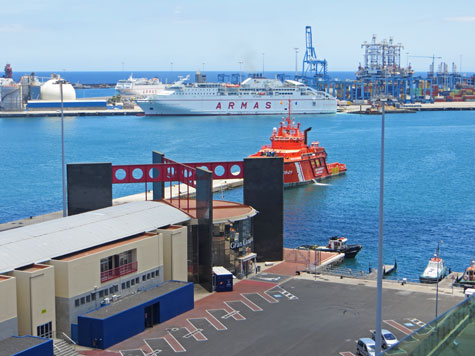 Before the Suez Canal was constructed, ships travelling from Europe to Asia had to sail right around the African continent.  Many of those ships would stop in the Canary Islands to obtain supplies or to transfer cargo from one ship to another.

Puerto de la Luz on the island of Gran Canaria played an important role in the exploration of America by Christopher Columbus and others.